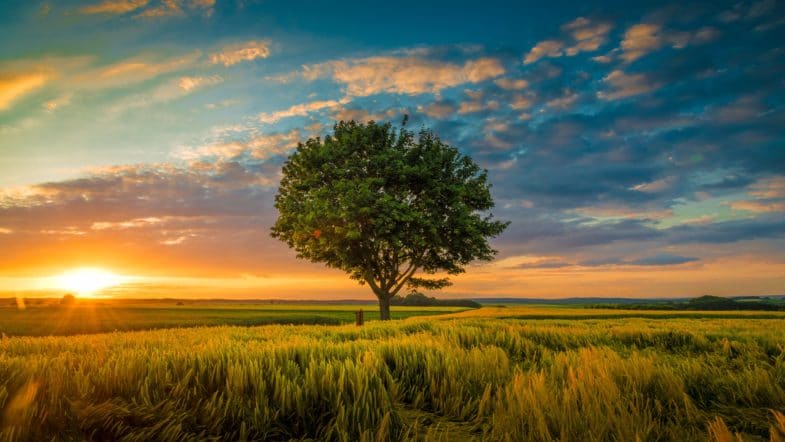 KPA Pension today publishes new climate targets for 2025 for the investment portfolios, where the climate footprint from equities, corporate bonds and real estate will be reduced by 29 percent. The emissions target must primarily be achieved by influencing the companies we own to reduce their emissions. In addition, KPA Pension adopts new targets to promote the availability of green investments.

KPA Pension is, as part of the Folksam Group, one of seven initiators of the global investor alliance UN-Convened Net Zero Asset Owner Alliance . The members have undertaken that their investment portfolios will show net zero emissions of greenhouse gases by 2050. The alliance currently has over 30 members whose investment portfolios’ total value amounts to SEK 50,000 billion. The targets that KPA Pension publishes today are the first sub-targets on the road to net zero emissions.

– KPA Pension has a long tradition of working with responsible investments and this is the path we want to continue towards net zero emissions until 2050. But to really achieve long-term goals, we need serious and ambitious sub-goals. It is both about influencing the holdings we already have and about increasing the opportunity to be able to invest in more green alternatives, says Camilla Larsson, CEO of KPA Pension.

KPA Pension’s new climate goals for 2025 and the overall work within the alliance include a stated ambition to reduce greenhouse gas emissions in the real economy. To achieve this, KPA Pension plans to try to influence the companies in the portfolio to take greater responsibility in climate change. This work is done within the framework of Folksamgruppen’s joint asset management, which includes KPA Pension. By 2025, the goal is for at least 50 percent of the 86 largest emissions in the Folksam Group’s investment portfolios to have adopted scientifically based climate targets.

– We want to ensure that climate work is strategically anchored in the companies that Folksamgruppen owns, especially among the companies that today have the largest climate footprint, says Michael Kjeller, Head of Asset Management and Sustainability, Folksamgruppen. Significantly reducing greenhouse gas emissions in the real economy does not happen overnight, and therefore powerful advocacy work will be an important part of our work in the coming years.

In addition to more of the portfolio companies setting scientifically based climate targets, KPA Pension has also adopted a quantitative climate target where emissions from equities, corporate bonds and real estate will be reduced by 29 percent by 2025. The target will primarily be achieved through advocacy activities. specific companies do not show sufficient willingness or ability to reorient their operations in line with the objectives of the Paris Agreement. In addition, KPA Pension has adopted goals to promote the availability of green investments, including through closer dialogue with players in the primary market.

Folksamgruppen, which includes KPA Pension, has identified the 121 largest greenhouse gas emissions in the Group’s investment portfolios. Until 2025, the Folksam Group will, through general meetings, direct meetings and other advocacy activities, in its own name or in collaborations with others, work to ensure that the companies on the list gradually improve their reporting and objectives linked to climate change. Companies that are already covered by the Folksam Group’s existing climate impact initiatives have been removed from the list of the 121 largest emissions. The remaining 86 companies have since been divided into four different categories depending on the level of their climate goals and reporting at today, with sub-goals linked to each category. The overall goal, however, is that at least 50 percent of these 86 companies must have adopted scientifically based climate goals by 2025, approved by the Science Based Targets Initiative or equivalent. At present, that figure is 23 percent.

KPA Pension continues to build on the work done in 2019 with the new goal of reducing emissions of carbon dioxide equivalents by a further 29 percent by 2025. The asset classes covered are equities, corporate bonds and real estate. The goal must primarily be achieved through advocacy activities aimed at the respective asset. At the same time, divestments may become relevant in cases where KPA Pension – despite repeated attempts to influence – does not see sufficient willingness or ability to adapt in line with the goals in the Paris Agreement.

Promote the availability of green investments

KPA Pension’s goal until 2025 is to further develop its relationships with issuers and other players in the primary market, in order to promote the availability of green investment alternatives. This will be achieved through, among other things, dialogue meetings and advocacy activities, in order to clarify the link to sustainability in future investment products and encourage more players in the primary market to create climate adaptation strategies.