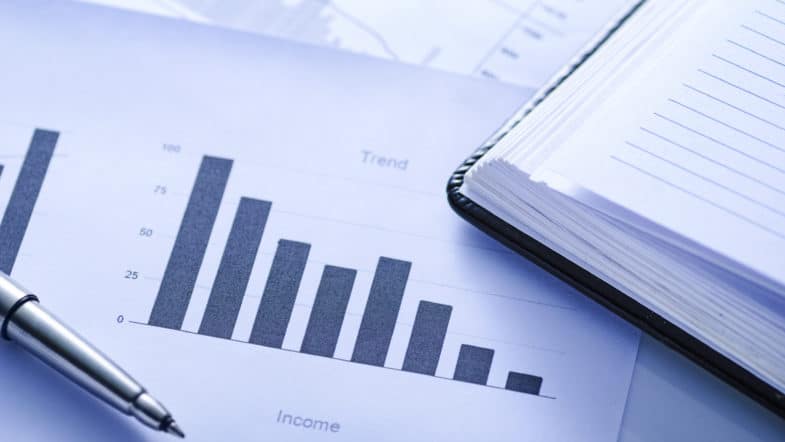 Alecta’s financial report for the full year 2020. Figures in parentheses refer to key figures as of 31 December 2019.

– The pandemic marked 2020 and meant a great challenge for the whole society and for Alecta. Thanks to fantastic employees, we managed to maintain a high level of service to customers and deliver a good return. Alecta has a continued strong balance sheet and good solvency, as well as a positive cash flow, which meant that we were able to give back to customers, through increased defined benefit pensions to approximately 1.6 million private customers and a refund of SEK 4 billion to our corporate customers. It is a message of strength for our business model and guarantees security for both current and future pensioners, says Magnus Billing, CEO of Alecta.

The year began with rising stock markets, but the spread of Covid-19 changed the situation with major stock market declines as a result. After a very weak first quarter, the recovery was strong, albeit volatile, during the rest of 2020. Alecta delivered a good return to customers for the full year.

During the year, Alecta has contributed to the companies’ ability to cope with the ongoing crisis through various supportive investments. More than SEK 20 billion has been invested in bonds issued by Swedish companies, municipalities and regions and more than SEK 3 billion in two social bonds aimed at developing countries.

Alecta has made several major investments. Particular focus has been on increasing the allocation to a higher proportion of real assets with investments in real estate and infrastructure, in Europe and the USA. The Swedish property management was incorporated during the year and became Alecta Fastigheter AB to further develop Alecta’s Swedish property business. With SEK 4.25 billion, Alecta was also one of the largest investors in the Swedish government’s first green government bond during the year.

Furthermore, Alecta’s Board of Directors decided to increase defined benefit pension payments and earned pension rights (so-called deductible accrual) by 0.39 percent and to reduce the risk premiums for health insurance. Alecta has been raising pension payments in line with inflation since the advent of the ITP Plan in 1960.

During the year, Alecta was again designated as a non-choice provider of the defined-contribution old-age pensions FTP 1 and FTPK in the insurance industry’s occupational pension plan FTP. The agreement is valid from 2021 to 2024. Customers receive further reduced fees, from 0.15 to 0.12 percent.

Alecta also continued to spread knowledge about the financial situation of pensioners and dispel pension myths. The study of Sweden’s 350,000 “job boners”, ie people who both retire and work, received a lot of media attention.

During the year, Alecta also received four prestigious awards. Two from the IPE Awards, “Pension Fund Leader of the Year” to CEO Magnus Billing and “Innovation” to Alecta’s fixed income management. Alecta’s fixed income management was also praised together with PGGM by the magazine Structured Credit Investor with the award “Investor of the year”. As the only Swedish pension company, Alecta was named one of 20 global “front runners” in sustainable investments by the UN agency UNCTAD.

The information about Alecta Optimal Pension refers to the pre-selection portfolio with 60 percent shares.

In defined-contribution insurance, the size of the pension is determined on the basis of the insured’s paid premiums and return on capital.

Assets under management in the total portfolio for Alecta Optimal Pension amounted to SEK 168 billion (141) at the end of the period.

The return on Alecta’s defined benefit insurance was 4.7 percent in 2020. Over the past five-year period, the average annual return has been 5.6 percent.

In defined benefit insurance, the size of the pension is determined on the basis of the insured’s salary and length of service. Over time, the return is primarily important for employers’ pension costs.

Assets under management in the total portfolio for defined benefit insurance amounted to SEK 871 billion (822) at the end of the period.